For eight years of my life I worked with children who had been diagnosed or were in the process of being diagnosed with a PDD….”pervasive developmental disorder.”

Existing in or spreading through every part of something.

I used to imagine what it would be like to be a parent who got news that there was a disorder that spread through every part of their child. How you wouldn’t accept it, and how well-intending physicians and therapists would try to “help you” accept it. Even how I would attempt to help people “accept it.”

Seriously? You’re supposed to accept that your child is messed up through every part of themselves. Disordered at their core?

I wished so many times that we could come up with better language. How instead of talking about how your baby would have pervasive delays, we could talk about how this child would add a depth of awareness to your life, exploding your narrow version of reality into a prism of colors that non-PDD parents could never see with their naked eye. How the mundane ins and the outs of life would take on a radical new tension. How just choosing to walk into a restaurant would be a bold and brave excursion because if the broccoli touched the mashed potatoes you could find yourself in the throes of a screaming, crying, plate throwing extravaganza–which you would learn to navigate with your head held high. We would talk about how you would become more fierce, more determined, and more of an advocate for your priceless treasure than you ever dreamed possible.

What if what became pervasive was not the disorder. But the acceptance. The belonging. The community.

One of my friends recently told me that I should watch Parenthood. I don’t really watch television, but I found myself with a little free time the other night and decided to turn on Netflix…which was a challenge in itself because I have “pervasive” memory loss and couldn’t remember my password. I found myself caught in the saga of Adam and Kristina learning that Max might have a “pervasive developmental disorder.” Adam wants to “fix him” and get him back on the baseball field and out of the pirate costume that Max wears to school every day–until they meet with a behaviorist who invites them instead to “join Max” in the service of growth and wholeness. The episode ends with Adam donning his own pirate costume and joining Max in the yard, jousting with tennis rackets. 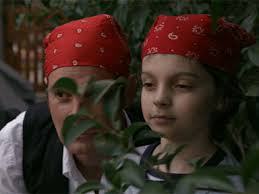 I had tears rolling down my face as I watched the joy on my screen. I thought of so many moments in which my heart broke when the children I worked with were not “joined” but were ostracized, or corrected or belittled. When they didn’t belong.

Like the one day I was taking one of my favorite little guys (who had an autism diagnosis) to the zoo. He was so excited he couldn’t keep his body still and was colliding with everyone in the line waiting to buy tickets. I could feel my pulse go up as people gave us looks, or moved their bodies in ways as to avoid him, to shut him out. How badly I just wanted someone to look at him. To let him know that they could share his enthusiasm and excitement about getting in to see the monkeys. When we finally got to the counter and I was buying tickets, Jack pushed himself up onto the ticket booth counter, leaned in as far as he could to the microphone and yelled at about 120 decibels, “GIVE US TICKETS! WE NEED TO SEE MONKEYS!!!”

I think there may only have been two times in my life where I felt smaller. The lady looked at me with horrified disdain, then looked back at Jack and said, “Please get down and stop shouting,” with the voice of a very disapproving Professor McGonagall.

Jack put his feet down on the ground and looked up at me utterly confused at her lack of understanding of the great haste required. I took a deep breath, looked at the lady in the booth with as much compassion as I could and said, “I’m so very sorry that was quite loud. He’s so excited to come to the zoo today, and I think sometimes it’s hard for everyone to be able to hold his excitement. I’m going to do the best I can to share it with him today so that his joy overflows. He belongs here. He belongs everywhere.”

As I walked away from the booth, there were tears running down my face. I reached down to hold Jack’s hand, and he squeezed mine a little bit. Almost as if to tell me it was okay. We were an interesting duo, but we were heading to the zoo where a lot of interesting creatures had found a place to belong. Most likely we could too.

The truth about all of us is that we all have some sort of pervasive issue that makes us a little difficult, a tad messy, or just a whole lot of BS. I’m a bossy, controlling, neat freak who tends toward conflict avoidance. I’ve had an affair, been abandoned by my parents, and spent my formative years in a religious cult. And what I need is a place where the whole pervasive mess of me can belong.

And that’s where my choice comes in. I can either sit around waiting for the world to create a cozy little nest for me to cuddle up in and be surrounded by doting people who have designated a throne of belongingness for me. Or I can don my pirate costume, grab a tennis racket and set to work in my own backyard. Battling for those who feel they don’t belong.

Because I desperately want a world where every single one of us, both diagnosed or undiagnosed, can feel the rich goodness of belonging.

A world where we inhale and exhale grace. And curiosity.

******I belong to a wonderful group of ladies who are writing about Belonging this month. Start with Staci and roll on through! http://alifedeveloping.org/2015/11/02/belonging-to-myself/